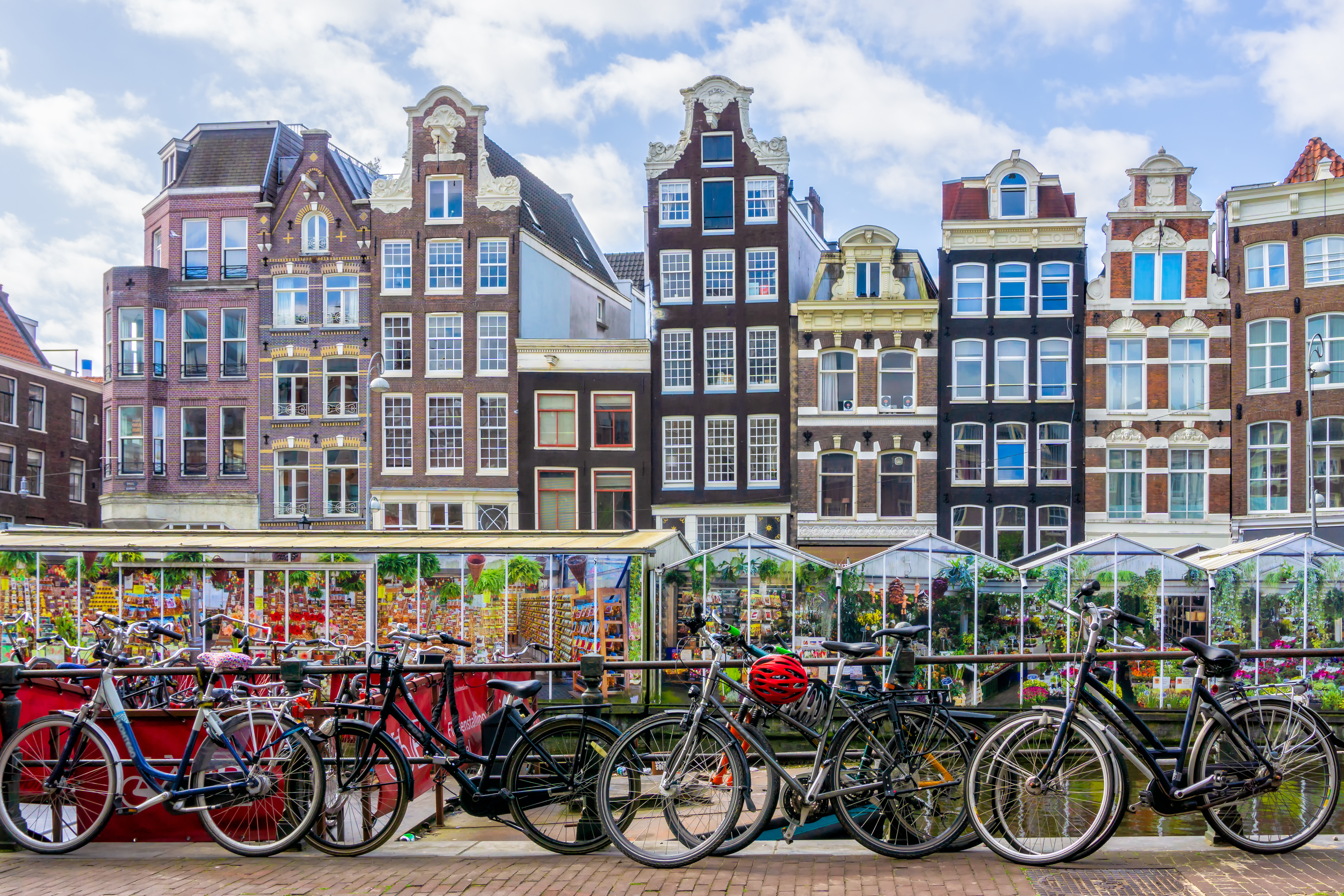 The Netherlands in facts and figures

The Netherlands is located in Northwestern Europe. The country shares a border with Germany in the East and Belgium in the South. The West and North are the Dutch coast and are delimited by the North Sea. The euro is the official currency.

Top 10 facts about the Netherlands

Read more about the Dutch national anthem and for instance the nations’  economy in the facts & figures about the Netherlands.

The Dutch flag is also called the national tricolor. The flag consists of 3 horizontal blocks in red, white and blue.

The Netherlands or Holland?

The Netherlands consists of twelve provinces. In addition to North and South Holland, these are Utrecht, Gelderland, North Brabant, Overijssel, Flevoland, Drenthe, Friesland, Groningen, Limburg, and Zeeland. Every province has its own landscape and atmosphere. The lakes in Friesland, the hunebeds in Drenthe, and the Biesbosch in North Brabant are unique, for instance.

The real difference between the Netherlands and Holland? It is quite complicated, actually! This movie will explain.

Do’s and don’ts in the Netherlands

The Netherlands is a liberal and tolerant nation. That does not mean that everything is allowed, but the Dutch generally have an open attitude with regard to freedom of speech, gay marriage and the use of soft drugs.

Do’s in the Netherlands

- Are you visiting Amsterdam? Then consider going on a day trip from Amsterdam and discover the peace and space outside the city. Cycle through the polder and along the Amstel river or take a train to enjoy a day at the beach.
- Always bring your ID when you go out. You must be able to confirm your identity at any time.
- You can pay by card (’PIN’) in most locations.
- Rent a bicycle and enjoy the beautiful landscape!
- Always bring a light coat. Even in summer, it may get chilly when a sea wind blows.

Don’ts in the Netherlands

- Avoid walking on cycle paths if you don’t want to be run over
- Drinking in the street is forbidden, except on terraces
- Never visit around dinner time if you don’t have an appointment to meet. The Dutch like their privacy and prefer to eat with their family. It is likely that there is not enough to go around and offer you a meal.
- Buying drugs in the street. Hard drugs are illegal and you should only buy soft drugs in coffeeshops.

Read all this and more in the Practical information for visiting the Netherlands.

The Netherlands is beautiful to visit throughout the year. Every season has its own mood and charm. In spring, the flower bulb fields are blooming and visiting the Keukenhof is a must! In summer, you can enjoy the sun and sea on one of the gorgeous beaches along the Dutch coast. Fall is the time to discover beautiful nature on the bicycle and, of course, eat venison at one of the excellent restaurants in the Netherlands. Winter in the Netherlands is really ‘gezellig’ (pleasant). Go Christmas shopping at one of the Christmas markets or ‘tie on the irons’ to go ice skating.

We recommend: Thanks to its central location and Schiphol Airport, the Netherlands is an excellent place to start or end a European tour.