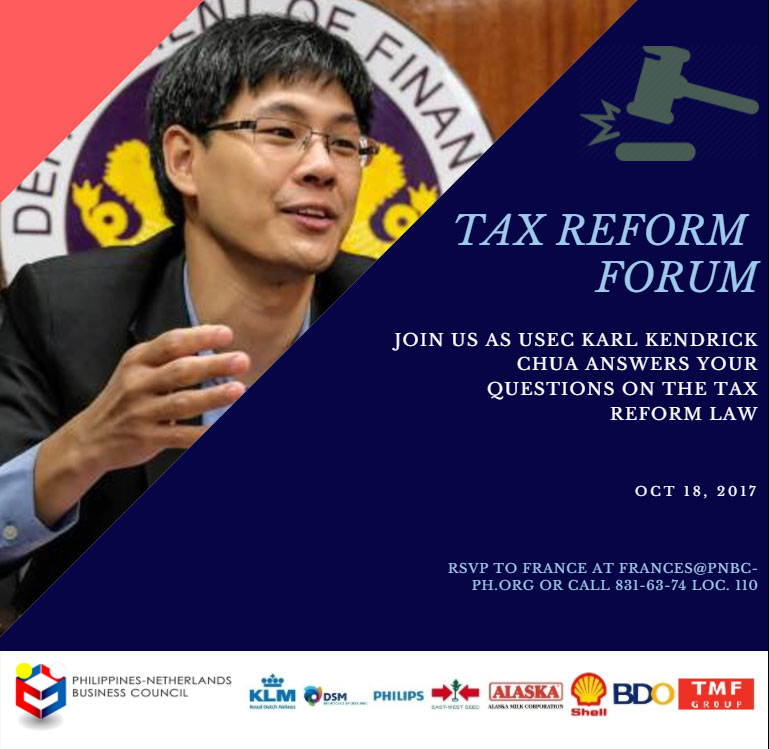 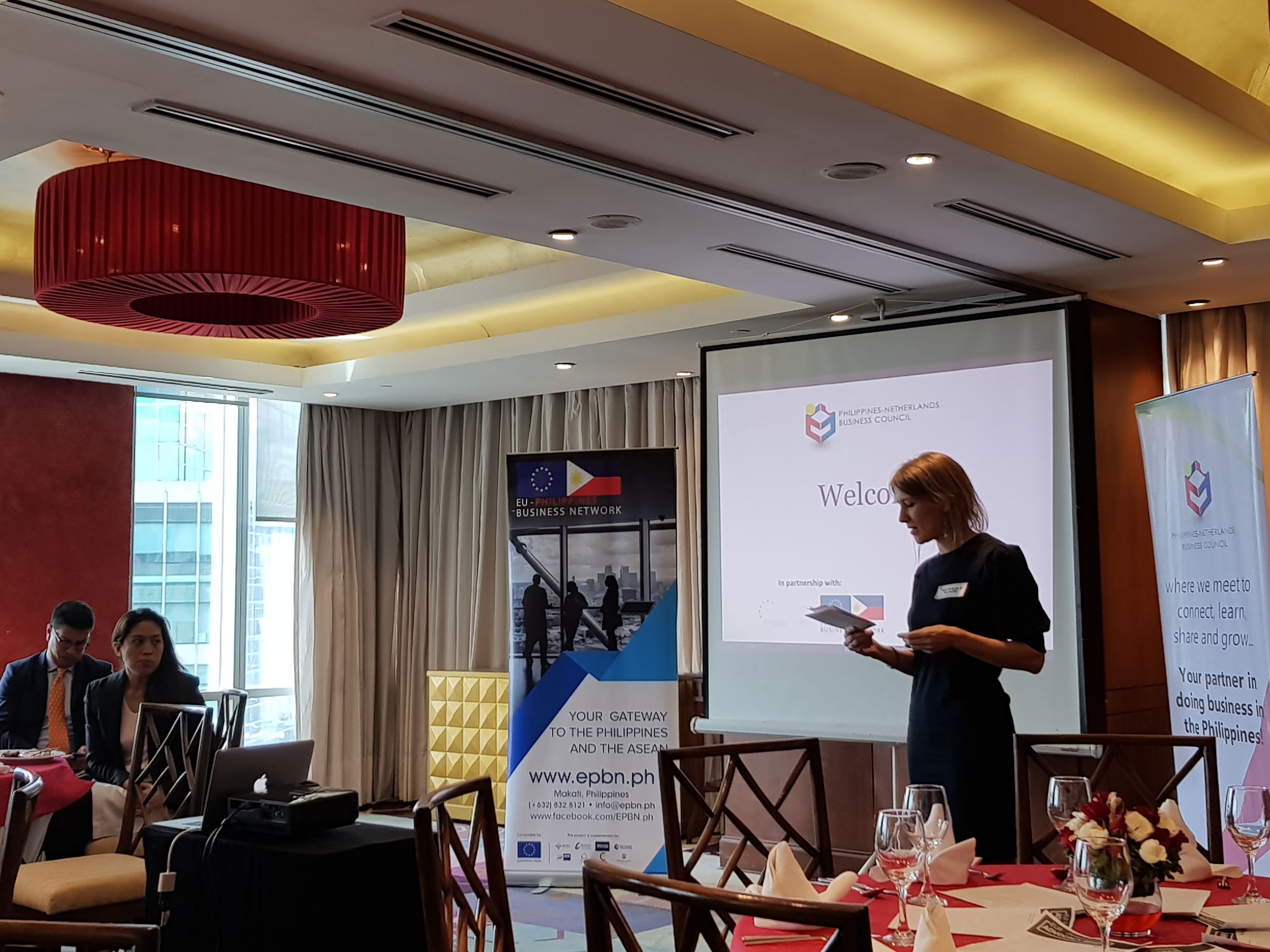 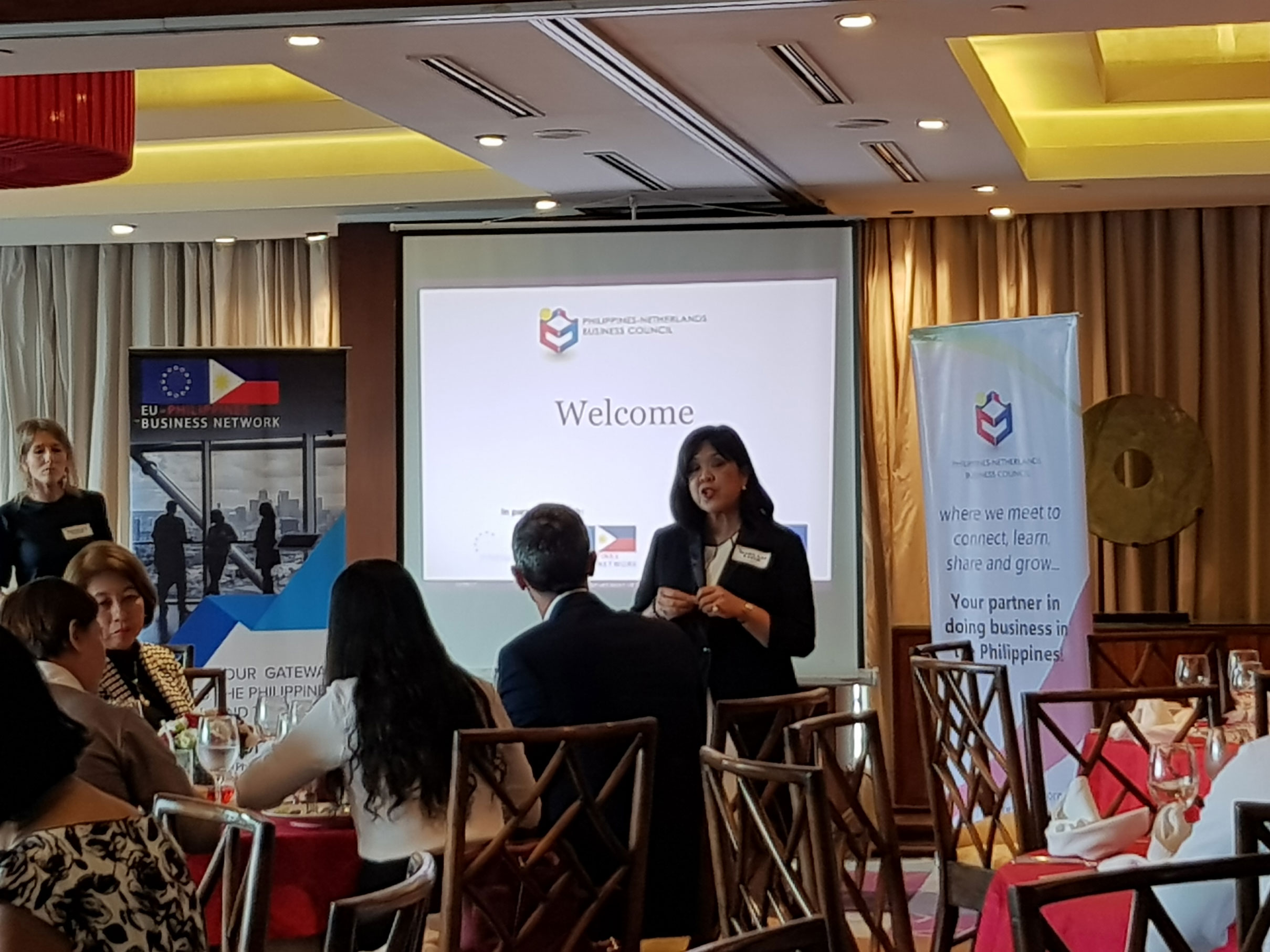 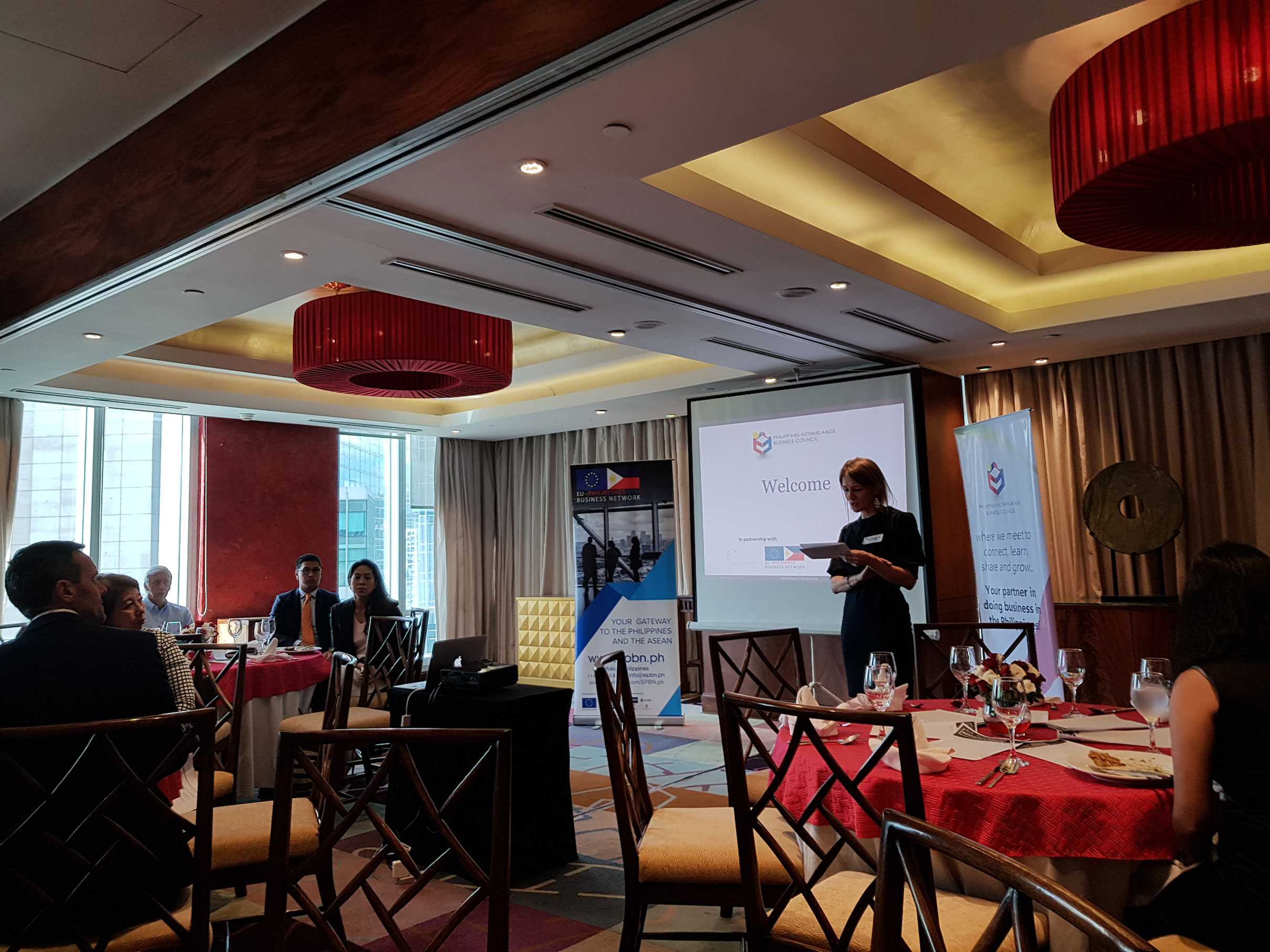 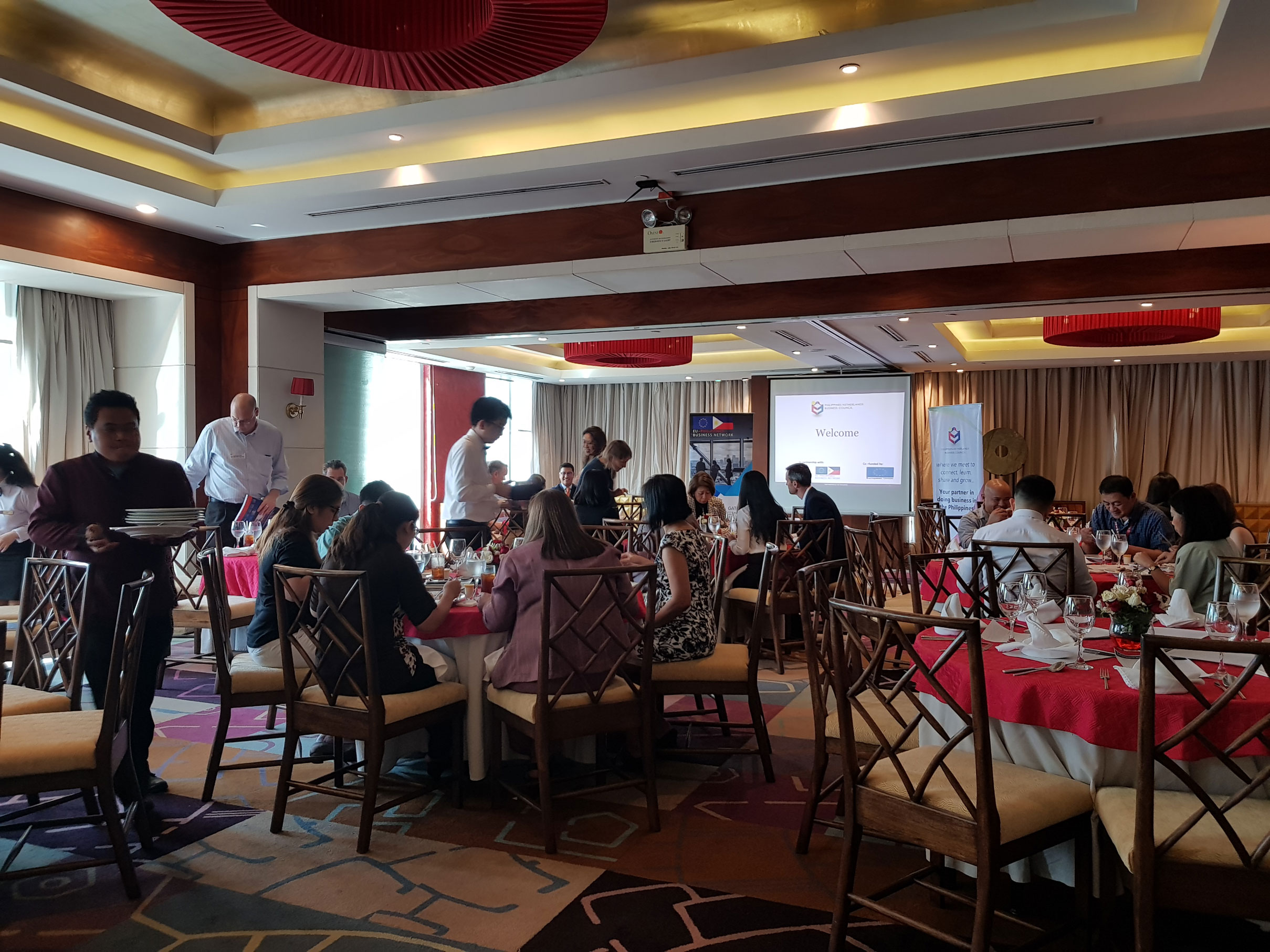 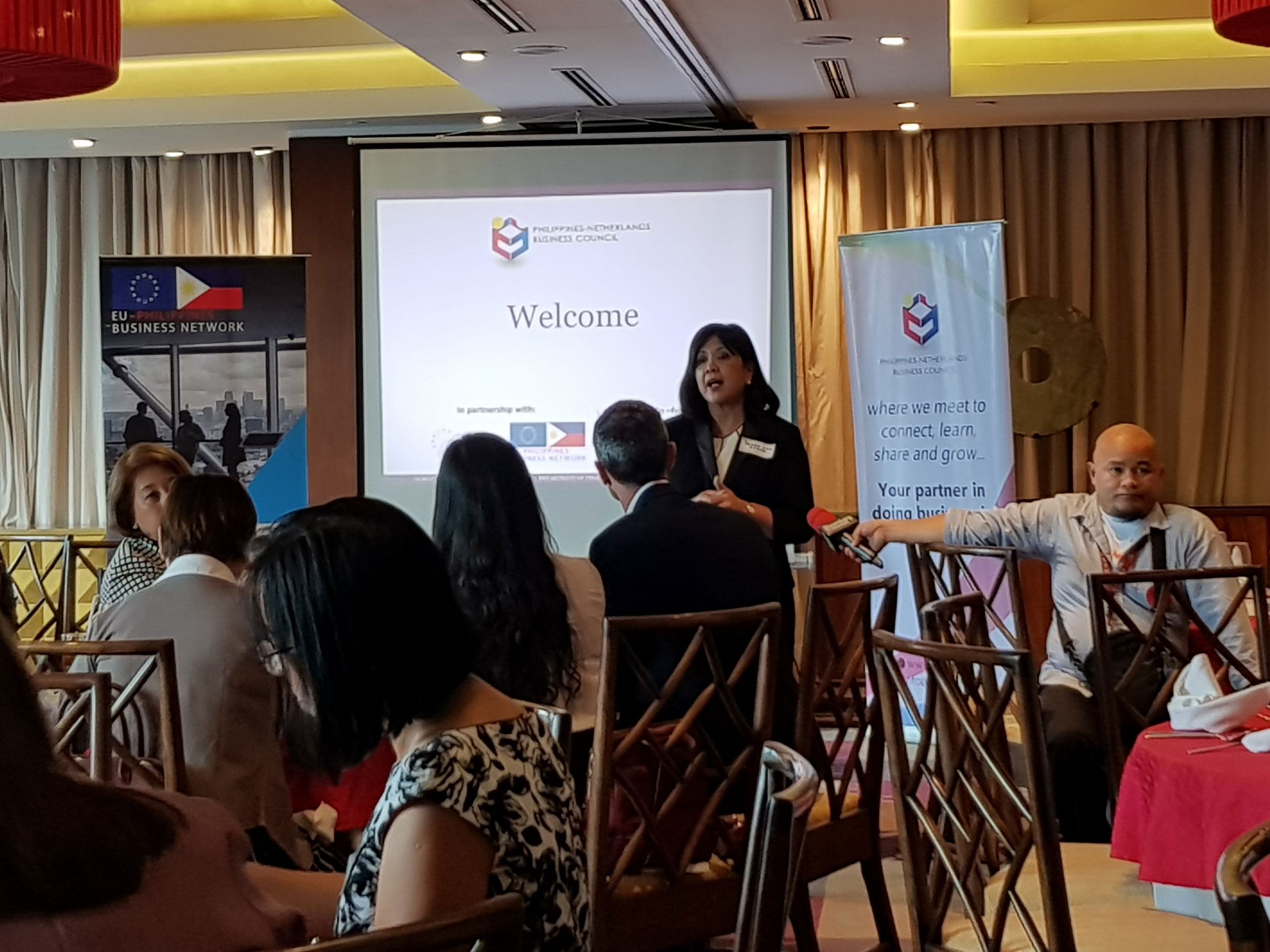 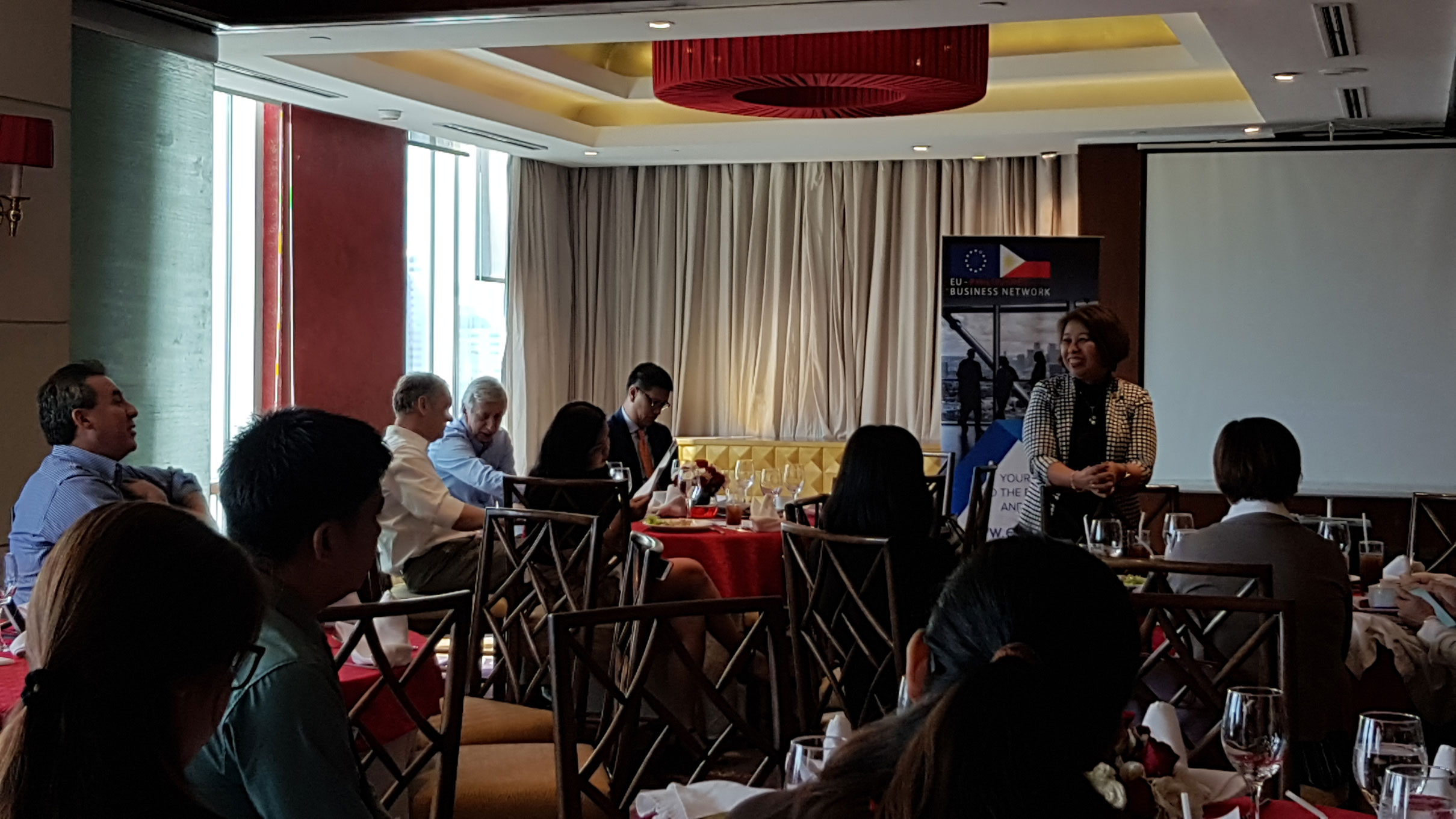 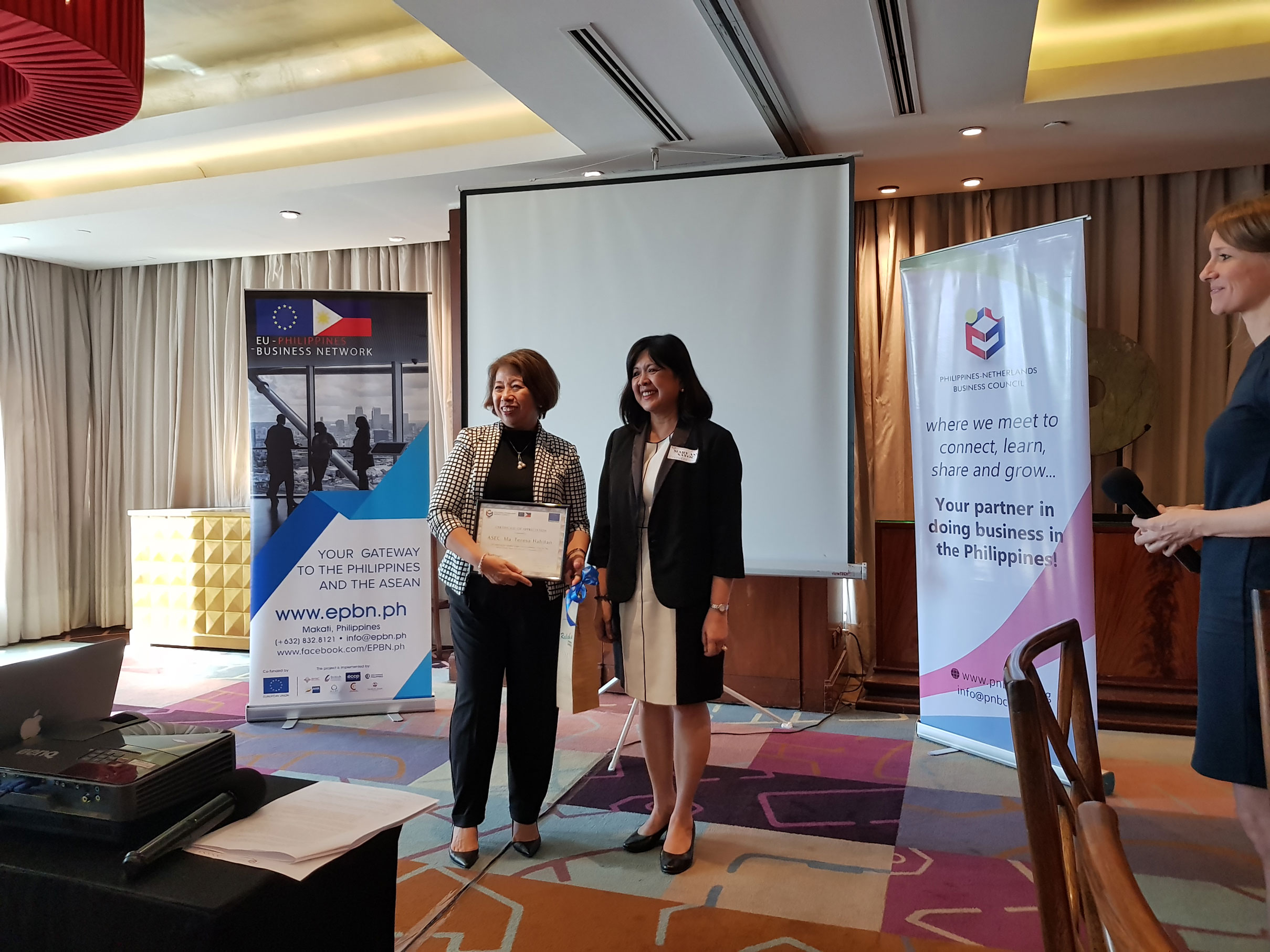 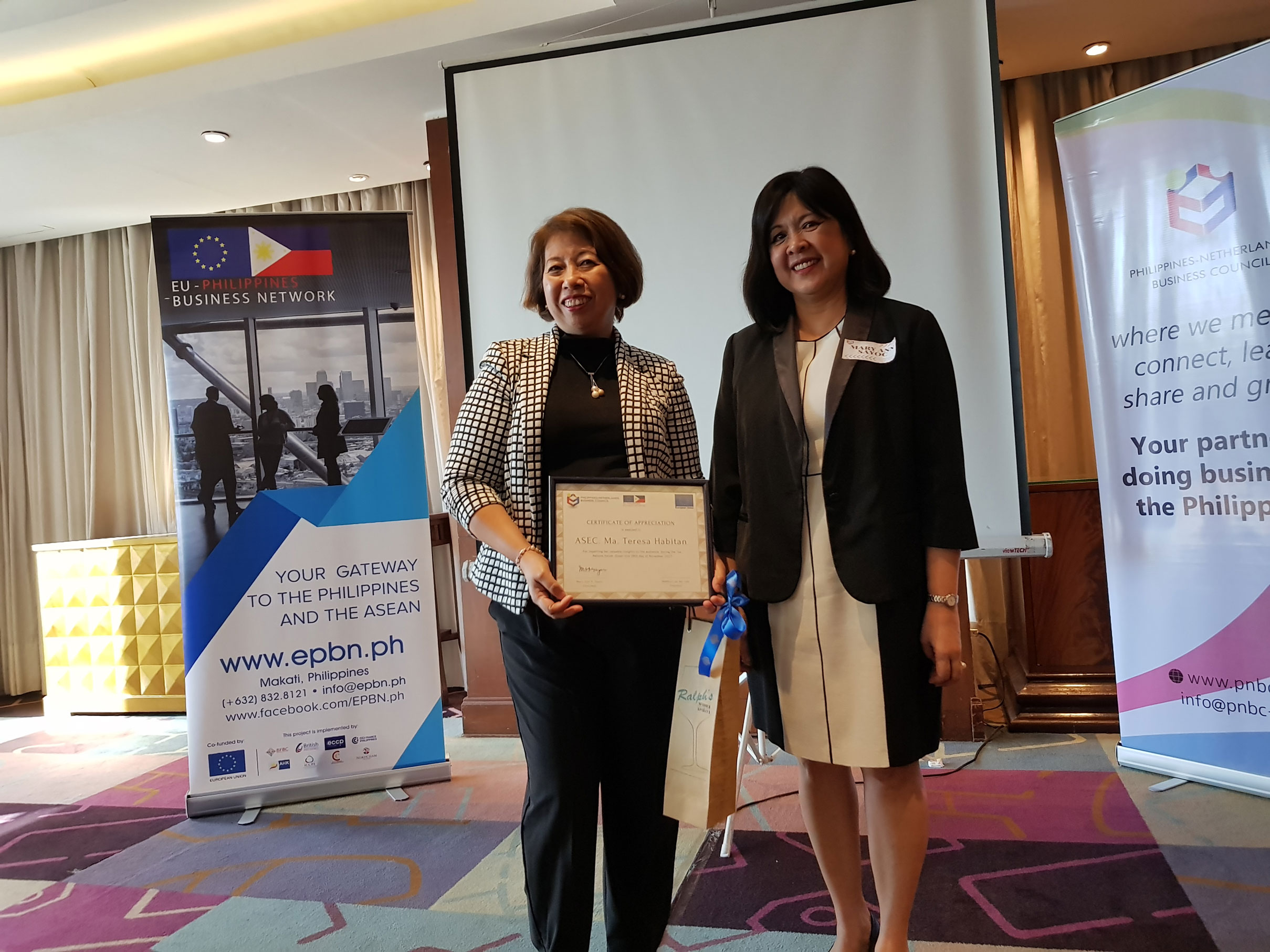 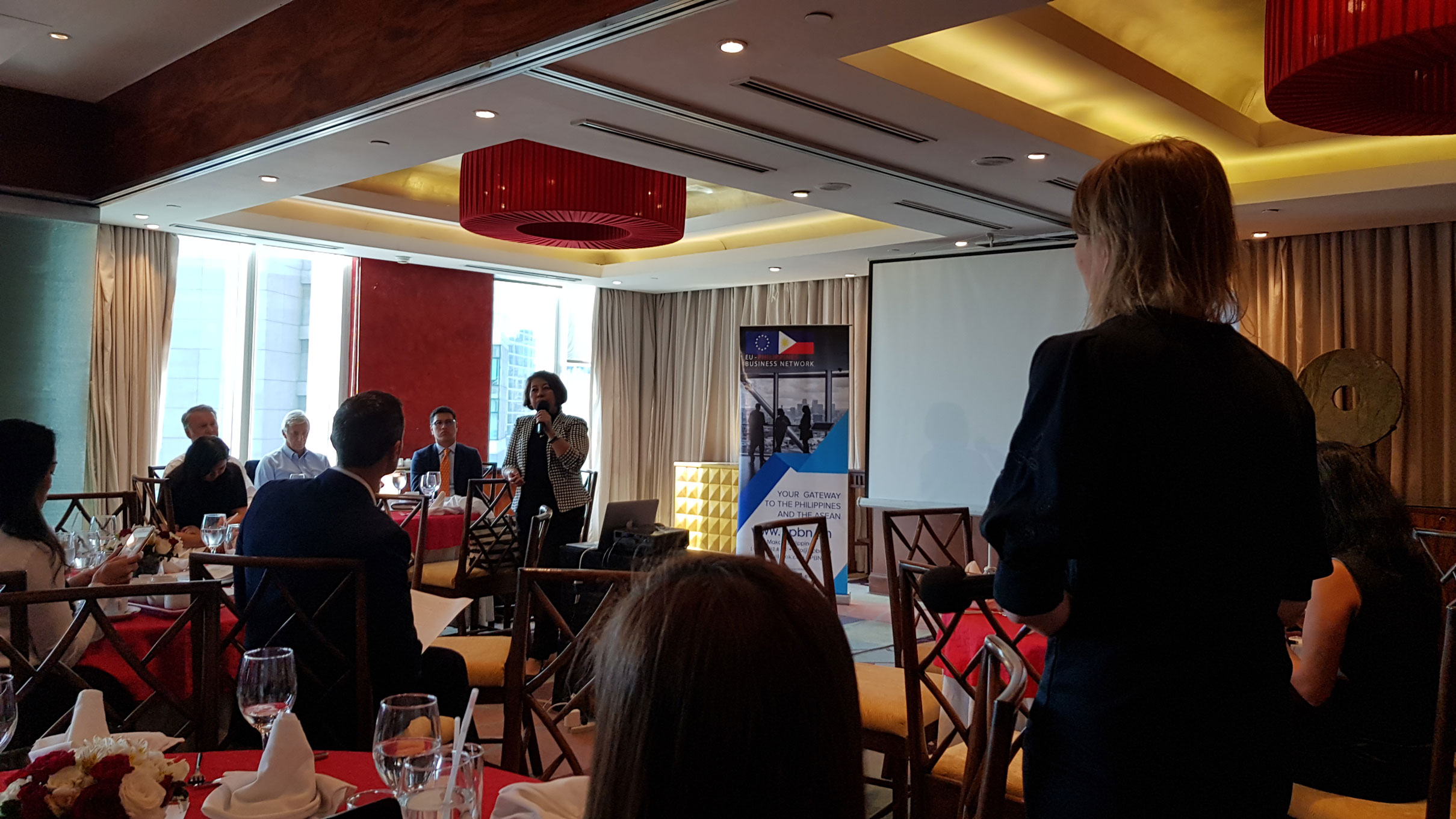 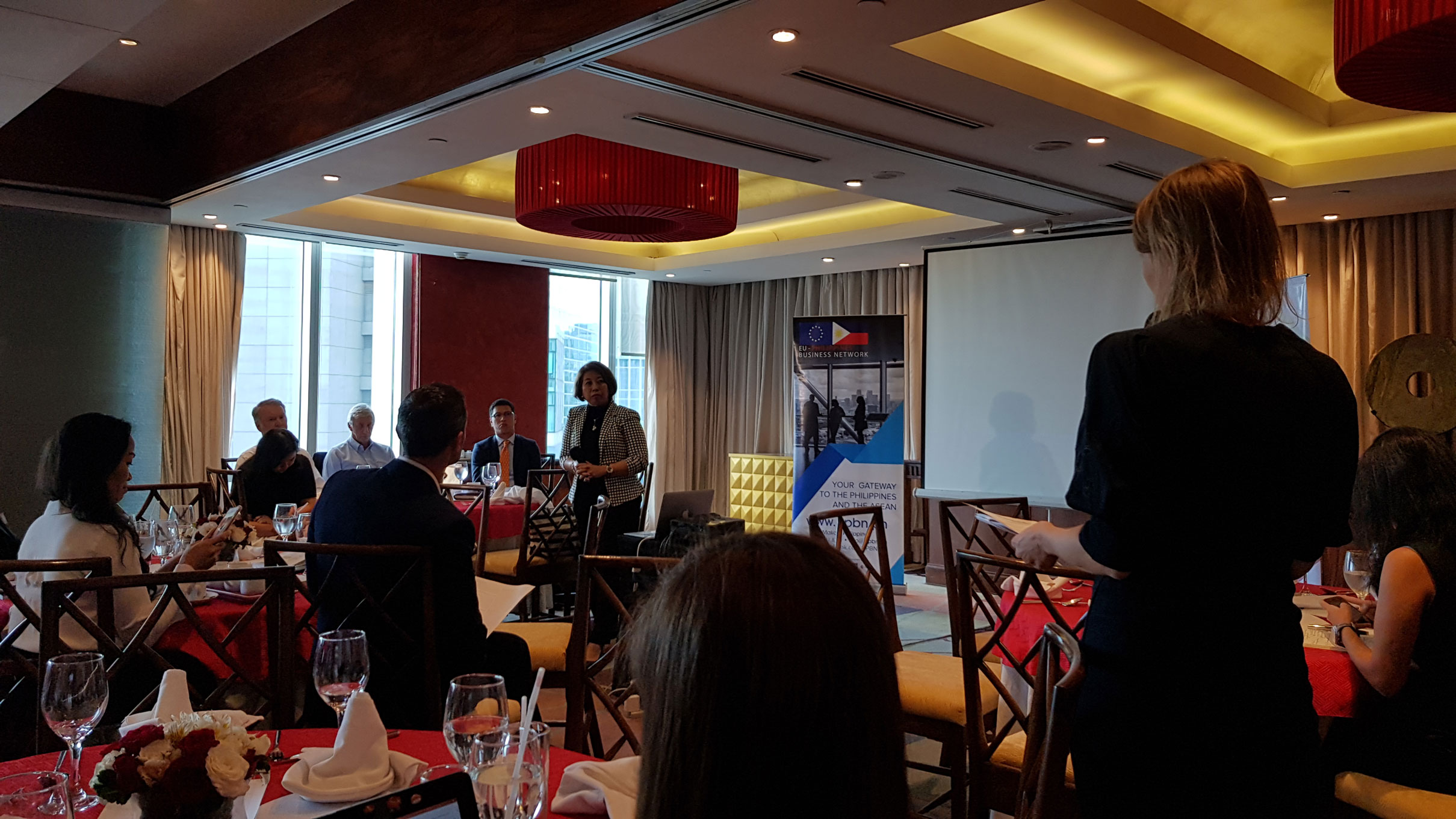 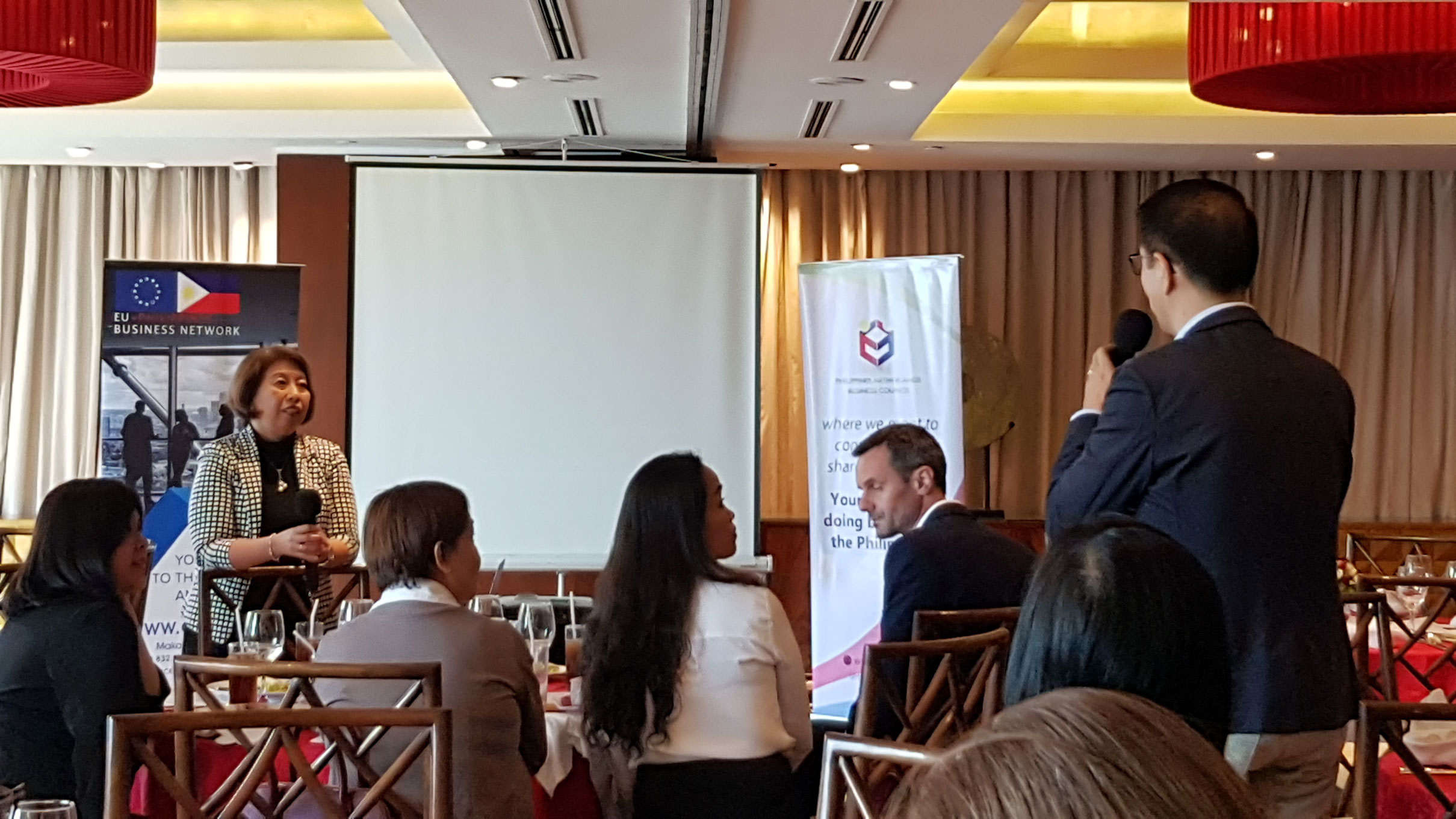 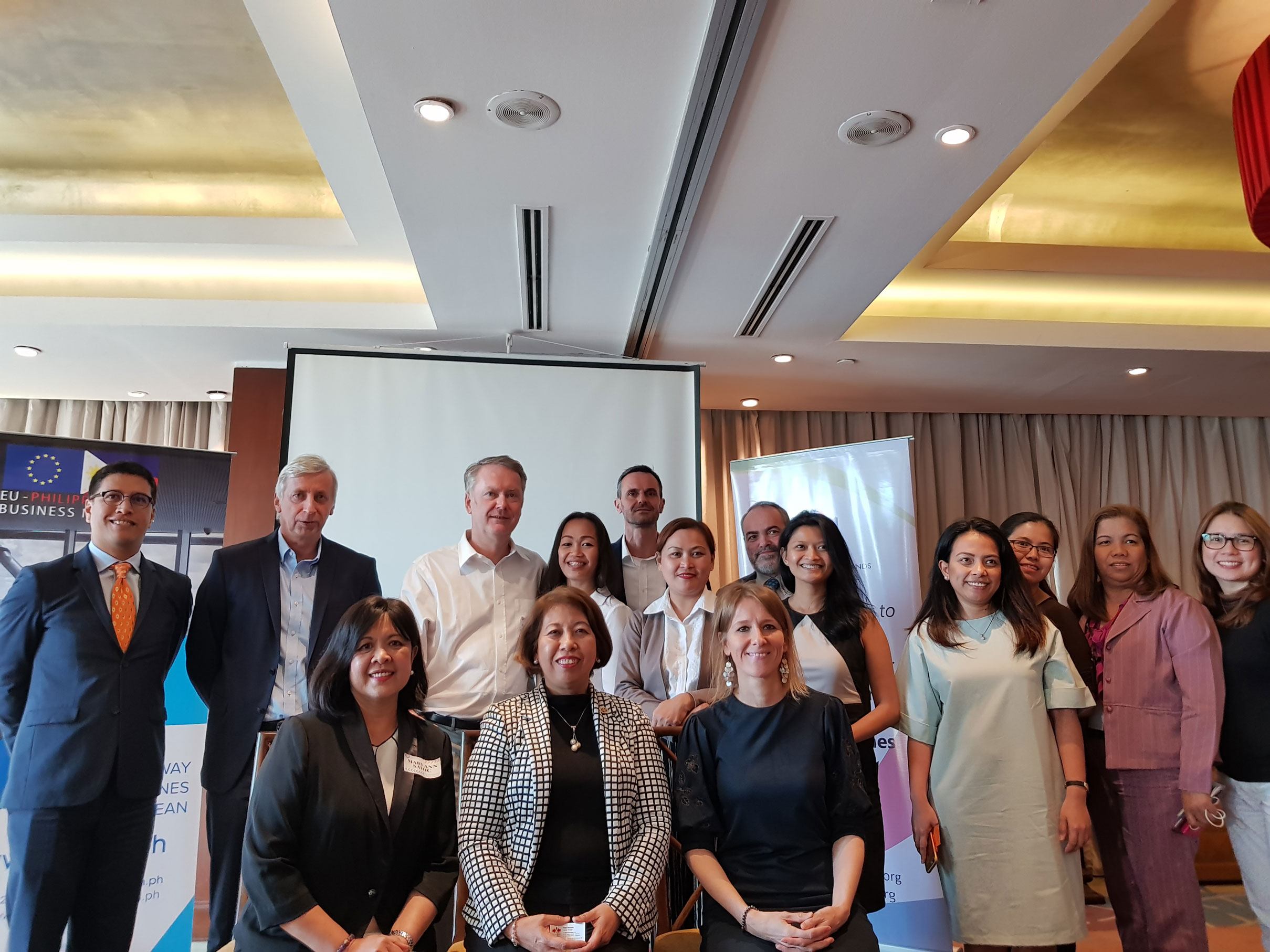 On Tuesday, the 28th of November, the Philippine-Netherlands Business Council, in cooperation with the European Chamber of Commerce Philippines and the EU-Philippines Business Network, held a Tax Reform Forum luncheon in Tower Club Makati. Present were PNBC, ECCP and EPBN members, as well as other people curious about the proposed tax reform. The invited speaker for the forum was Assistant Secretary Ma. Teresa Habitan from the Department of Finance, who discussed the different causes, effects, and outcomes of the Tax Reform for Acceleration and Inclusion, or TRAIN.

TRAIN’s main objective is to make tax collection more effective and have the rich give a bigger contribution while the poor benefit more from the government’s programs and services. The vision of the Department of Finance for the Philippines is to lower the poverty rates over the next few years and eradicate it completely by the year 2040. To do so, the Philippines needs to raise certain investments such as sustainable borrowings, budget reforms, tax and customs administration reforms and reforms in the tax policy. Additionally, the government should also implement economic reforms such as securing property rights, improve food security, enhance competition and simplify regulations. Throughout the forum, Assistant Secretary Habitan went through the different elements of TRAIN, and explained the specific changes being done in each, as well as its impact on those affected. These elements were Personal Income Tax (PIT), Estate and Donor’s Tax, Value-Added Tax (VAT), the Excise Tax on Petroleum Products and Automobiles, and the Tax of Sugar-Sweetened Beverages. She also explained that this tax reform was designed to make the tax system of the Philippines simpler, fairer and more efficient for all.

Nearing the end of her presentation, Assistant Secretary Habitan shared three key messages. The first was that the tax reform, when seen as a package, provides benefits for 99% of the Filipinos. The second was that what’s more important than the tax and its reforms, is how the collected money is spent to benefit poor Filipinos. Her final message was that the tax reform is an investment in our future. Though there are short-termed challenges, this investment benefits everyone in the long-term.

To learn more about the specific policy changes and schedule of the reform, you may visit the Department of Finance’s website: www.dof.gov.ph/taxreform