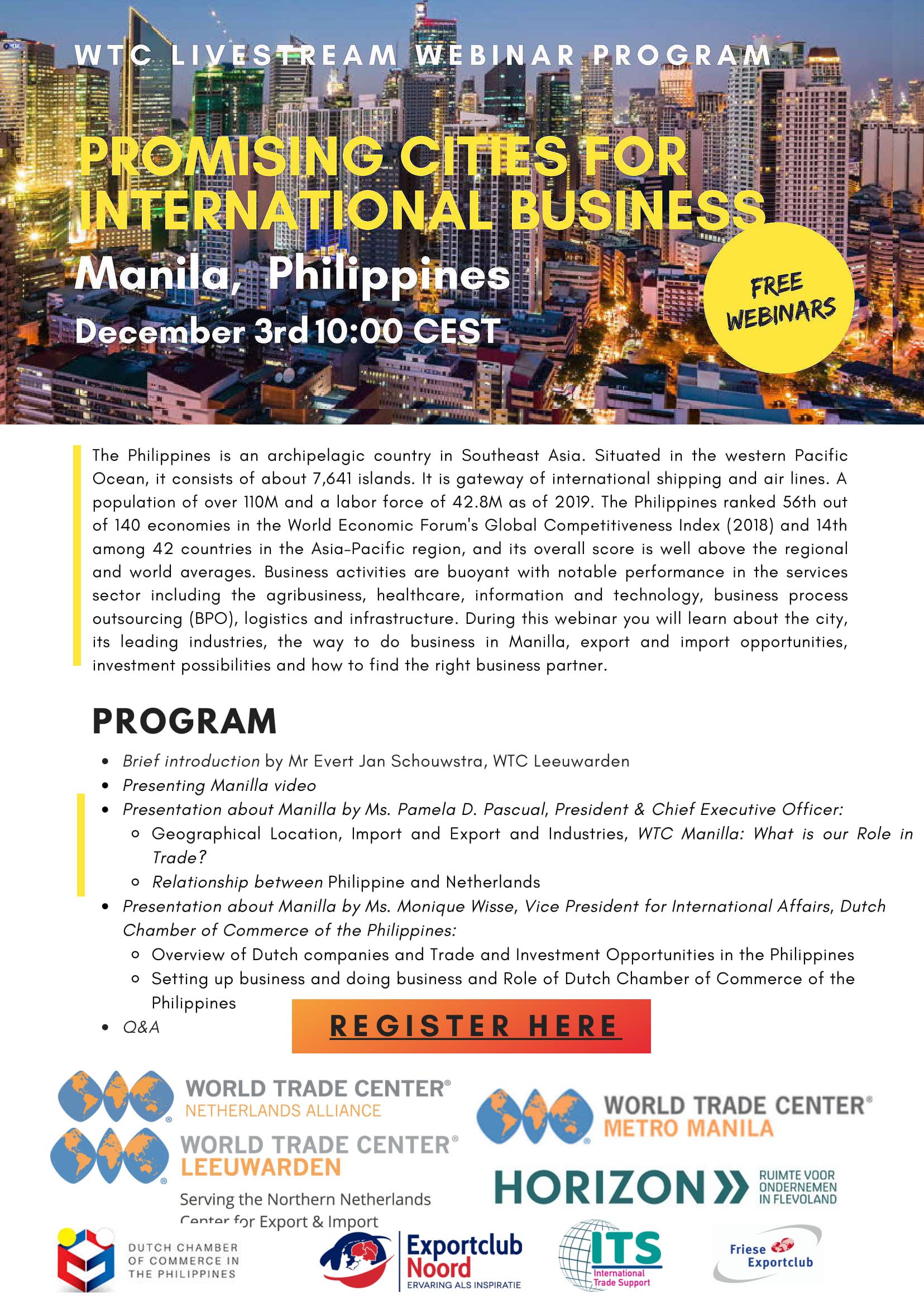 On Thursday, 3 December at  5PM Philippine time, Manila will be the focus of our webinar series ‘Promising Cities for International Business’. In cooperation with WTC Manila we will give you insight into the promising sectors that Manila, Philippines offers.

The city is located on the island of Luzon, on the east coast of the Bay of Manila, which flows into the South China Sea. At the last census in 2015, the city had almost 1.8 million inhabitants. In addition to Manila, the agglomeration consists of 16 other cities and towns. A total of more than 12.8 million inhabitants live here. This agglomeration, Metro Manila, is often called Manila by foreigners and non-residents. The actual city of Manila is the second largest city in the country. Only the suburb of Quezon City has even more inhabitants.

Manila is the political, scientific and cultural center of the Philippines. The city is also a hub of infrastructure and economy and has several universities, colleges, theaters, museums and places of interest.

During this webinar the city will be presented with a short video, promising sectors will be discussed, opportunities for export and import will be discussed as well as the way of doing business and how to get in touch with a reliable business partner.

* Presentation about Manilla by Ms. Pamela D. Pascual, President & Chief Executive Officer: Geographical Location, Import and Export and Industries, WTC Manilla: What is our Role in Trade? Relationship between Philippine and Netherlands